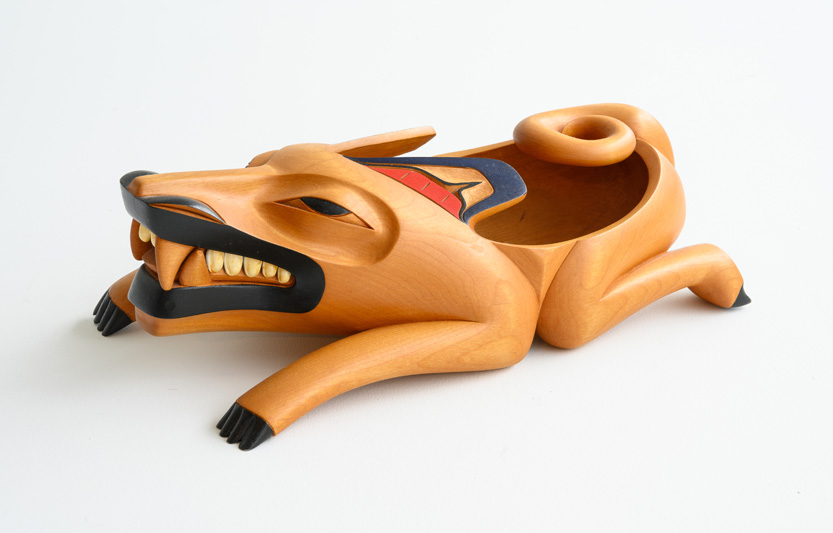 WOLVES
The Art of Dempsey Bob

Stepping into the Audain Art Museum’s spring-summer exhibition feels like stepping through a space/time portal into a mysterious northern forest. It’s where wolves, frogs, bears, and salmon emerge from trees in human and animal spirit forms to weave stories and hold congress together.

The exhibition, Wolves: The Art of Dempsey Bob, and it’s an unforgettable immersion into magic and beauty, traditional artistry, and unparalleled skill. The stunning carvings, beautiful prints, bold jewellery, bronze casts, bowls, robes, and regalia represent more than 50 years of work by Dempsey Bob, Tahltan-Tlingit artist and member of the Wolf Clan. Bob’s signature playfulness within the traditional form, his highly polished surfaces of alder and cedar, and his ability to incorporate secondary materials including mirrors, operculum shell, fur, horse hair, acrylic paint, and sea lion whiskers are on full display in the Audain’s spacious galleries. 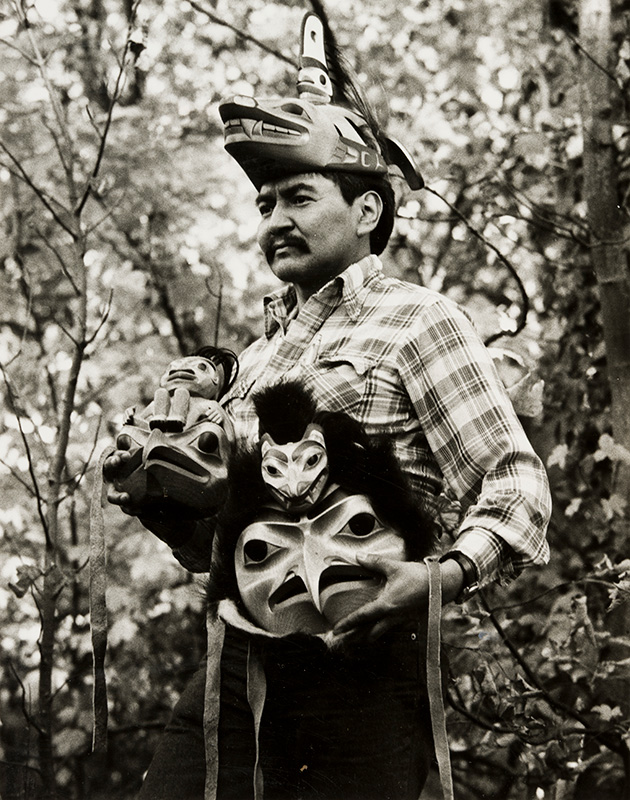 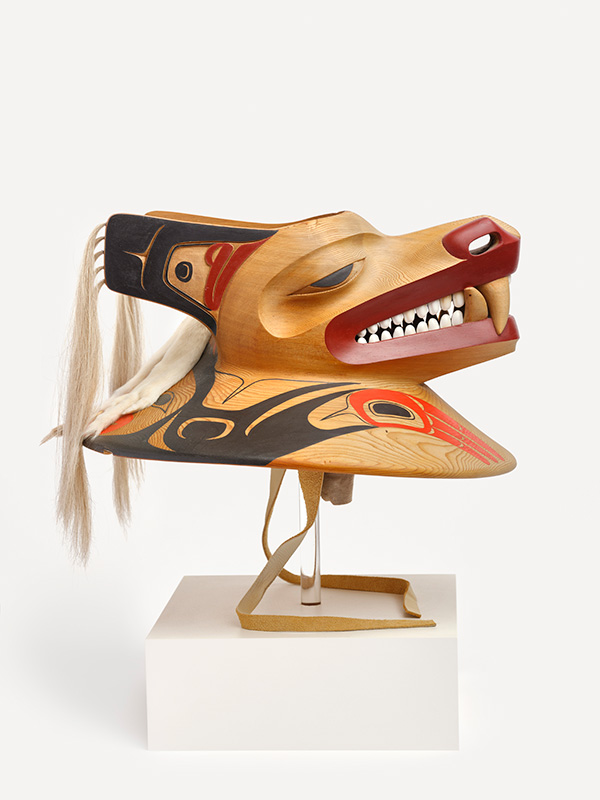 Part of the richness of this exhibition of more than 100 pieces is the added dimension of knowing that Bob’s art has a deep history among the first peoples of the Northwest Coast. Everything on the walls and in the showcases is imbued with ancestral knowledge and timelessness, yet it is also unique and visionary. As Dempsey Bob said when he was in Whistler for the exhibition opening, “Art gives us the truth of our times, our society, our country. This Northwest Coast art is really important because it came from this land. These mountains. That river.”
It’s also clear that the traditions have grown and expanded with Bob’s creative touch. The piece entitled “Wolf Chief’s Hat” (c. 1993), combines red cedar, carved buttery smooth, and acrylic paint — especially highlighting the wolf's lips, teeth and nostrils — with horsehair, leather, ermine. Dempsey Bob, a slight and sprightly man in his 70s, has a huge presence, a contagious laugh, and a boyish exuberance. On opening day, he shared tales of his home, upbringing, artistic process, and teachings with visitors to the exhibition. He was born in Telegraph Creek, a small town at the foot of a steep bank on the Stikine River in northwestern B.C., and hails from a long line of carvers, artists, singers, and craftspeople. When he was young, he and his siblings turned to art to fill their days. They would draw pictures of things they saw in the Sears Catalogue — toy guns, little boats — then trace them onto pieces of wood and carve them with pocket knives. 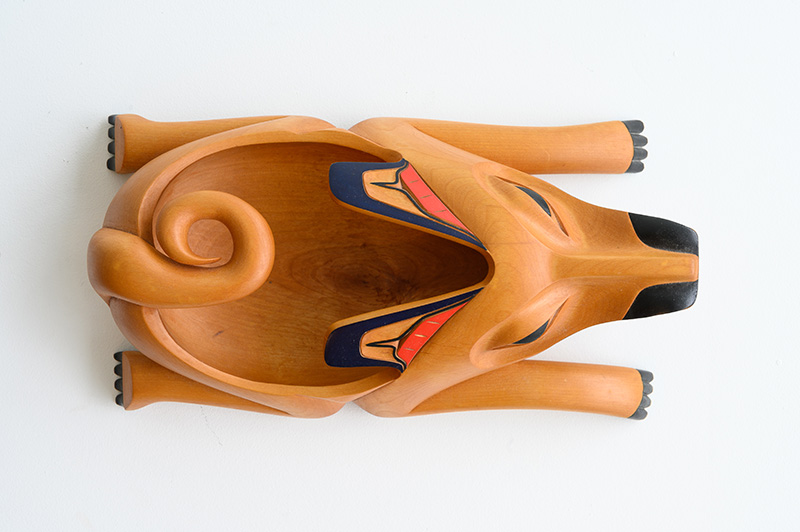 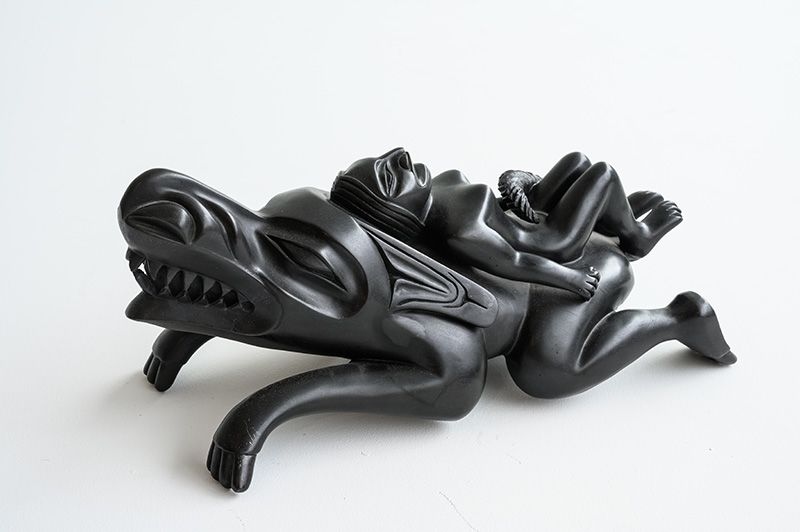 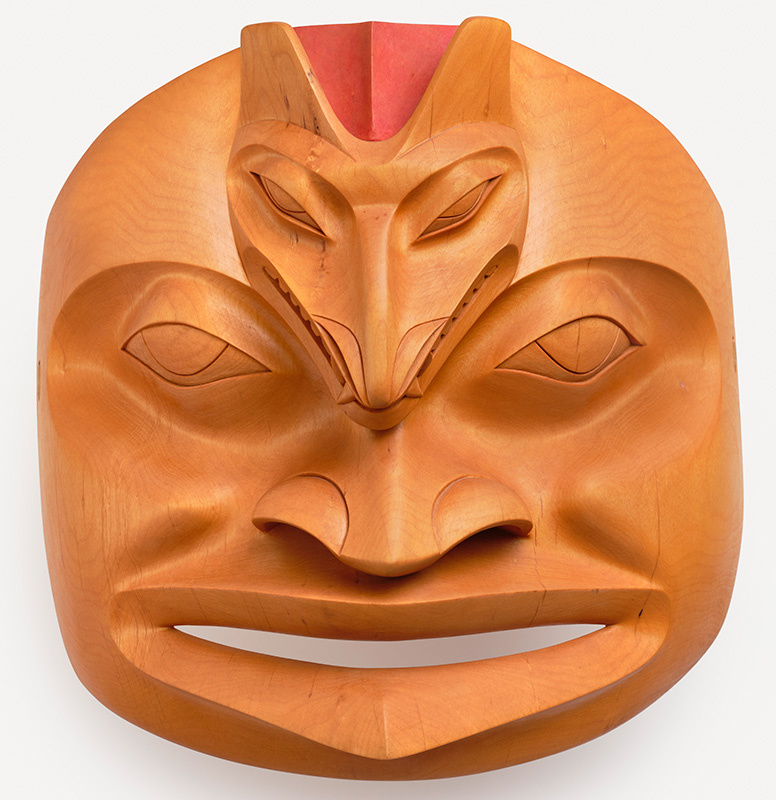 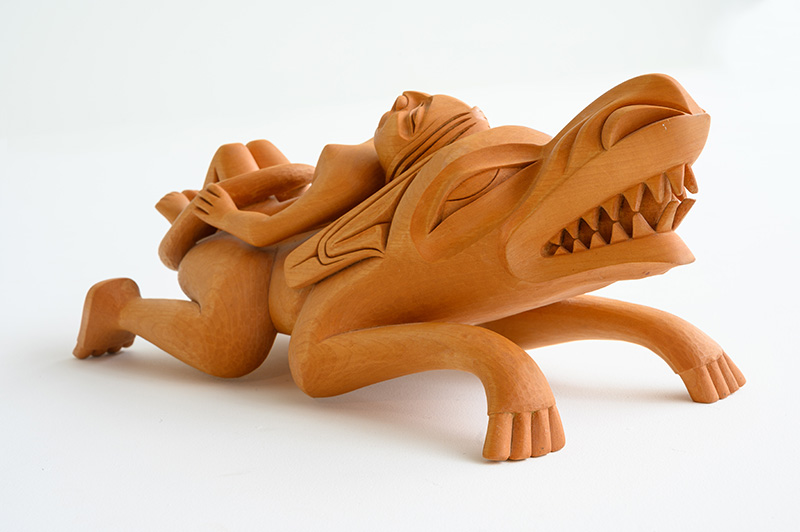 He was also inspired by watching his father, a carpenter, cut kindling in the mornings. The long, curly wood shavings fascinated him, and he knew he was destined to work with his hands, making things with wood like his parents, grandparents, aunts and uncles.
However, this wasn’t a career path that was taken lightly. Many people are unaware of Canada’s dark history around First Nations art. The Potlach Ban, instituted by the Canadian government in the late 1800s, rendered traditional Indigenous art illegal in this country. The ban was an attempt to terminate First Nations culture, which was seen as preventing Indigenous people from becoming “civilized.”
“We almost lost our history because of what happened to us,” said Bob, who was a toddler when the ban was repealed. “We weren’t allowed to carve until 1951. We weren’t allowed to wear our regalia.”

Many people were arrested and imprisoned for practicing The Potlatch and all it entailed — songs, dances, masks, blankets, and speeches. Passing on the teachings of his ancestors and his mentor, Freda Diesing, is part of Bob’s motivation for continuing to make art and teach his skills to upcoming generations. “Our art is too beautiful to be lost.”
Bob recounted the inspirational words of his grandmother: “‘We’re Tlingit,’ she said. ‘It’s who we are. It’s in our blankets, our bracelets, our masks, our boxes, our songs. When we show our face (our wolf crest) on our robes, on our carvings, it’s gotta be the best.’ And that’s what I believe. If you don’t do your best, don’t do it at all. My work keeps evolving. If art isn’t growing, it’s dying.” 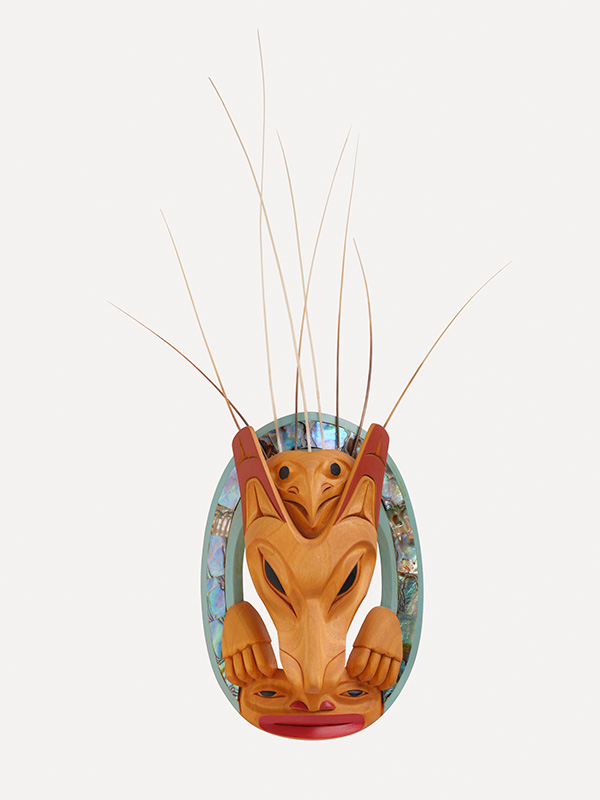 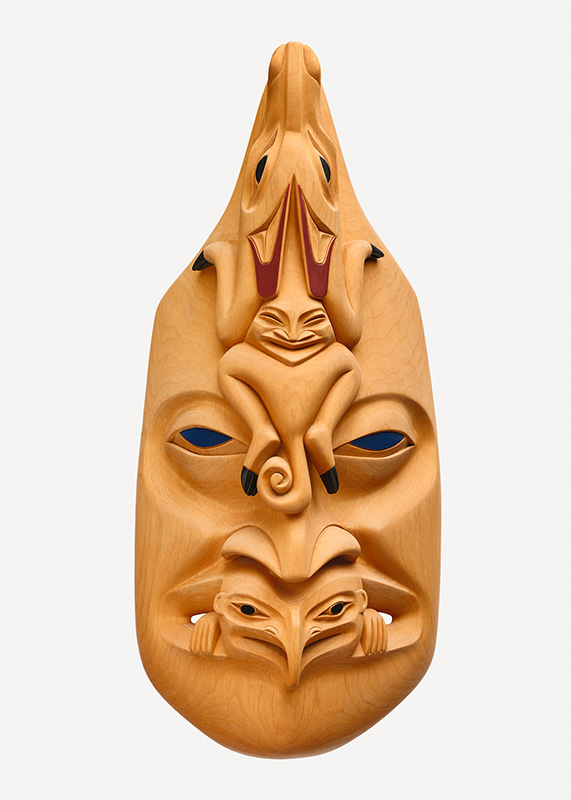 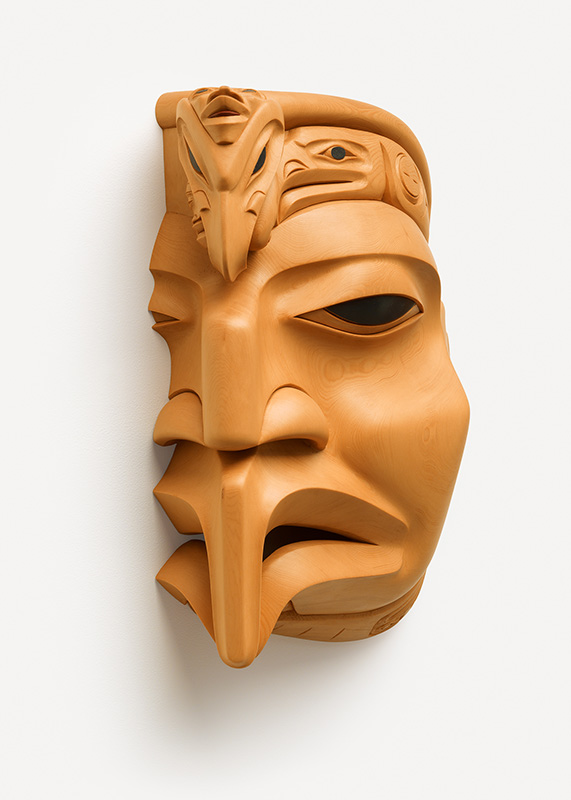 Bob eventually studied carving under Diesing, the renowned master carver for whom he later named the Freda Diesing School of Northwest Coast Art in Terrace. He was appointed an Officer of the Order of Canada in 2013 for his lifetime of work as a carver and art teacher and his dedication to Tahltan-Tlingit cultural preservation. He also received a Governor General’s Award in Visual and Media Arts in 2021. Today he is busy with his own projects and working with young artists from across Canada.
Wolves: The Art of Dempsey Bob is on display in Whistler until Aug. 14, 2022. The exhibition then tours to the Glenbow Museum in Calgary, McMichael Canadian Art Collection in Kleinburg, Ont., Montreal Museum of Fine Arts, and the Kelowna Art Gallery, B.C. You can also see his work at the Vancouver International Airport, and it is part of public and private collections worldwide.
This exhibition is a co-production of the McMichael Canadian Art Collection and is accompanied by a fully illustrated hard cover book featuring the artist’s life stories and legends entitled Dempsey Bob: In His Own Voice.