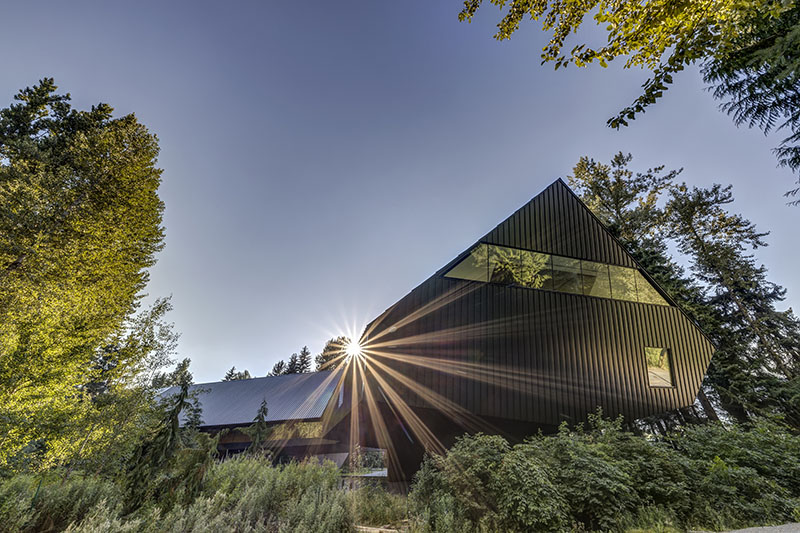 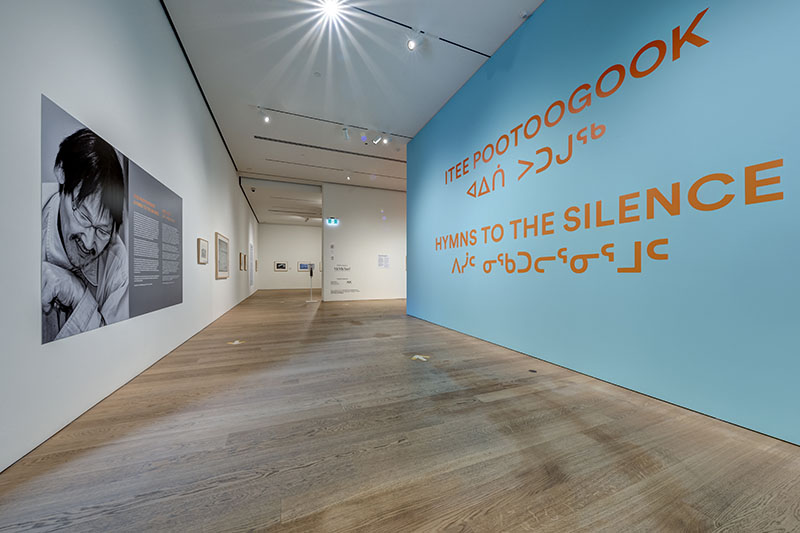 The idea of life in the North conjures images of vast, snow-covered landscapes, Arctic sea ice and polar bears — a place where all beings have adapted to living in the extremes of the long, cold polar night and the brief midnight sun of summer. This is one romanticized vision. The Audain Art Museum (AAM) offers other truths and artistic explorations of what it means to live, work, and create in the Arctic, through their special exhibitions.

Until Sept. 6, 2021, Itee Pootoogook: Hymns to the Silence features a retrospective of drawings by contemporary Inuit artist Itee Pootoogook (1951-2014). Using graphite and coloured pencil, Pootoogook’s drawings capture both the landscape’s open skies and the quiet, understated moments of everyday life, as shown in his drawing “Rear of Canoe, 2011.” The Hymns to the Silence special exhibition is unique in that it will be the first time a show that consists purely of contemporary drawings will be presented at the AAM.

Pootoogook was known as a meticulous draftsman and inventive landscapist, who was interested in local architectural forms, many of which were government-issued houses or buildings in Kinngait (formerly Cape Dorset), as shown in the work “Valley.” Kinngait is a remote hamlet on the southwest tip of Baffin Island in Nunavut, Canada. In Inuktitut, the name Kinngait means “where the hills are,” or “high mountain.” 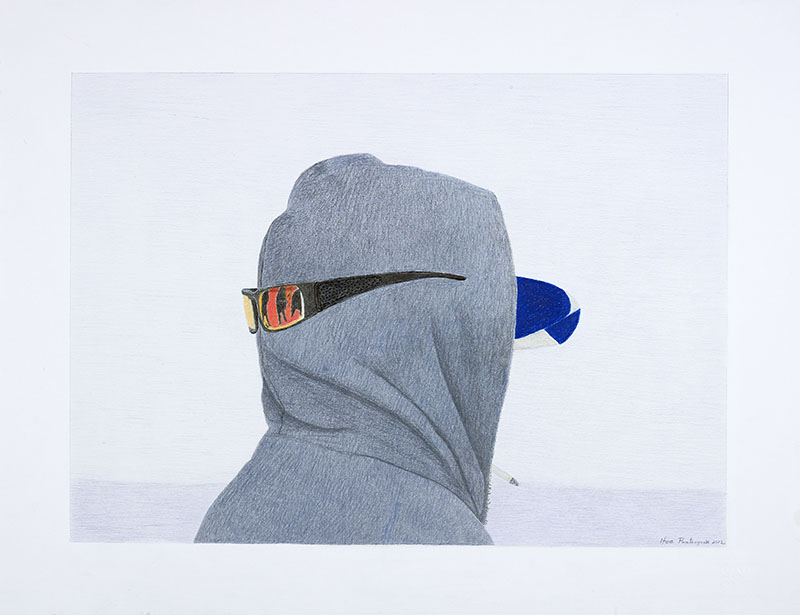 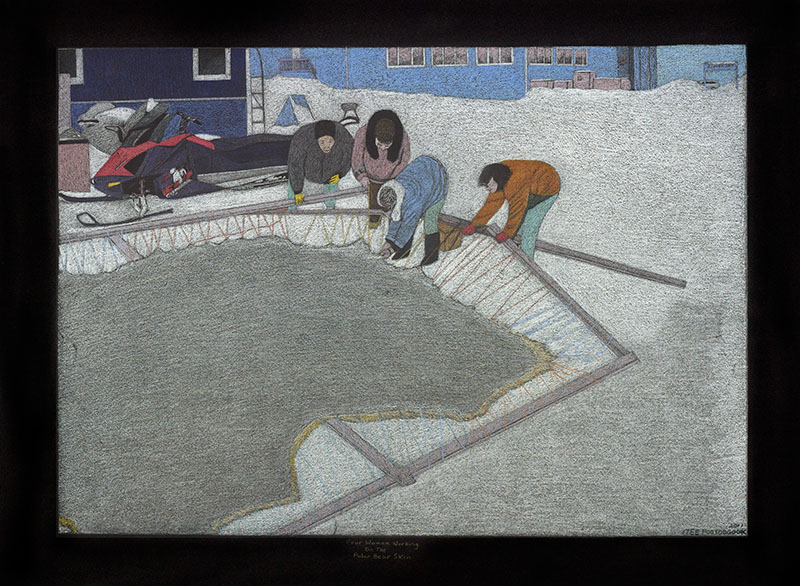 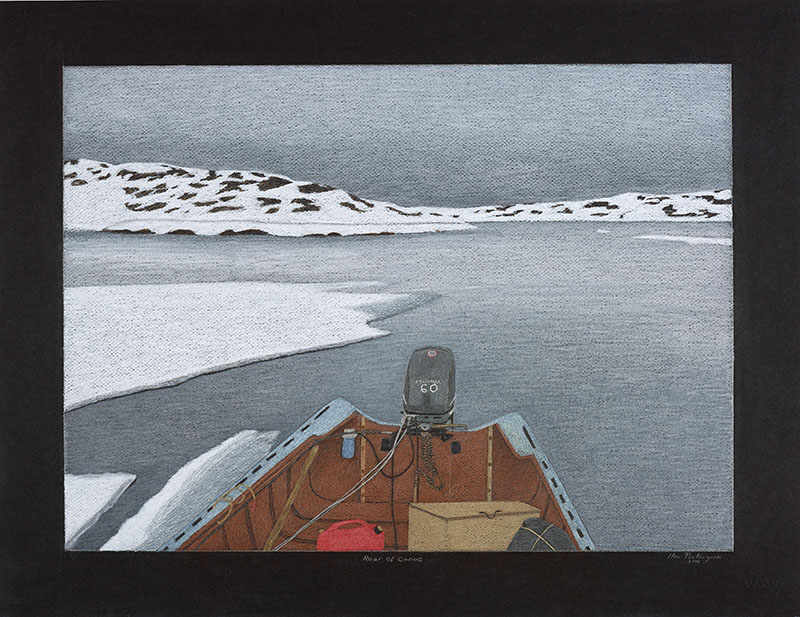 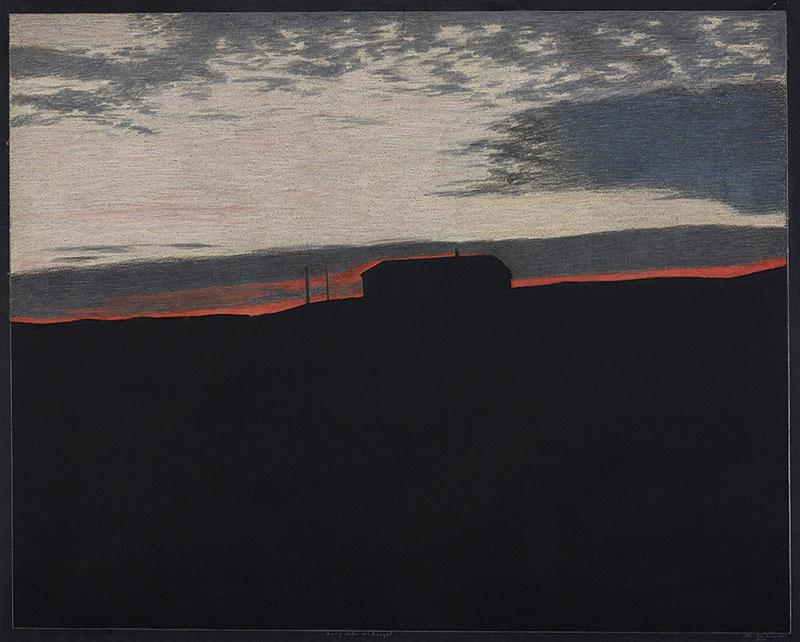 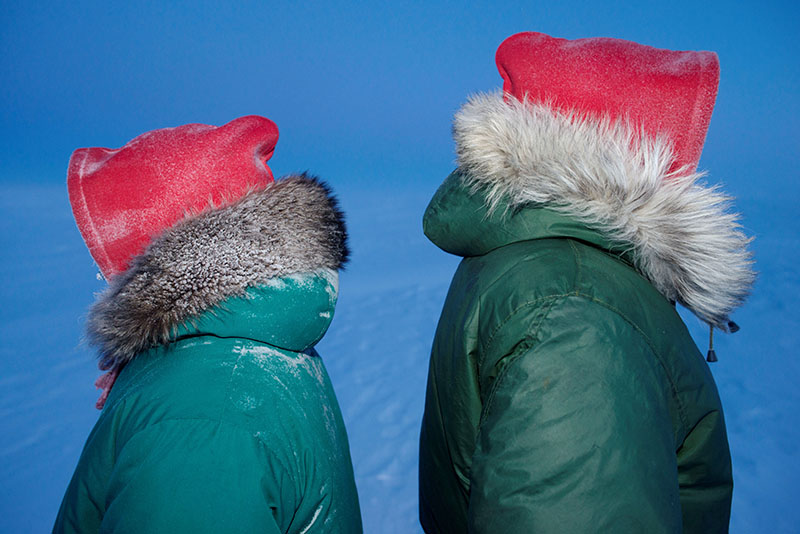 “It’s a very gritty look at the North,” says Dr. Curtis Collins, director and chief curator of the AAM. “The drawings are really interesting in the fact that they’re a very contemporary portrait of current life, and Inuit life.” Instead of the more traditional images of igloos and polar bears, Pootoogook depicts modern rectangular buildings, portraits of family members and acquaintances, travelling by snowmobile, and day-to-day activities such as loading a sled or watching TV indoors.

In this way, Pootoogook’s coloured pencil artworks reveal a lesser-known, yet very important part of the cultural landscape of Inuit art. The artist is considered an Inuit trailblazer, and is credited with having contributed to the metamorphosis of the creative traditions pioneered by a collective of artists working in Kinngait. While Pootoogook had a contemporary practice of working with photographs to develop his bold, minimalist drawings, he also said that sometimes ideas for his drawings simply appeared in his mind and imagination.


The AAM’s geographic spotlight on the North extends to the special exhibition Louie Palu: Distant Early Warning, offering a photographic view of some of the remaining legacies of the Cold War, and the situation of militarization in the North American Arctic region today. Palu is a Canadian documentary photographer and filmmaker whose work focuses on poverty, conflict, and human rights. In documenting social and political issues, Palu believes his role is to portray human rights concerns in a straightforward, unadorned, and ethically produced manner. For this reason, he avoids equipment that relies on gimmicks and effects, and seeks to photograph his subjects in the simplest way possible.
The Distant Early Warning Line, or DEW Line, is a system of radar stations that crosses the Arctic region of Canada. Set up during the Cold War, the system was built to detect an invasion from the Soviet Union by providing early warning. In one photograph, taken at the Crystal City training site in Resolute Bay, Nunavut, two Canadian Rangers train soldiers how to survive in bitterly cold temperatures that can dip to -60 C.

In another large-scale photographic image, two bright orange jerry cans filled with fuel lie beside a skinned caribou head. Sliced Arctic char hang from the antlers, drying, and echo the orange hues of the jerry cans. Taken north of Naujaat, Nunavut, at a Canadian Rangers summer patrol base camp, the photo reveals both historical and modern Inuit resources. Boats fuelled by the plastic jerry cans allow for quicker and more distant travel. In contrast, the caribou meat is a renewable resource, naturally refrigerated in the cool temperatures of an Arctic summer.
The drawings by Itee Pootoogook and photographs by Louie Palu are on loan from the McMichael Canadian Art Collection in Kleinburg, Ont., the largest publicly funded art gallery in Canada. “The two exhibitions provide an interesting way to move our viewers through Nunavut in some respects,” Collins says, “both from a local, or Inuit perspective, and then from an outsider’s perspective.”


In addition, the special exhibitions relate to two celebrated aspects of the museum’s permanent collection — photography and Indigenous art from British Columbia. “The linking of Northwest Coast carving — in both a traditional way and contemporary way — to a very contemporary iteration of Indigenous art out of Nunavut makes a nice connection,” Collins adds. “And then similarly, the Louie Palu photographic show connects to another great strength of the permanent collection, which is photo-based work.” 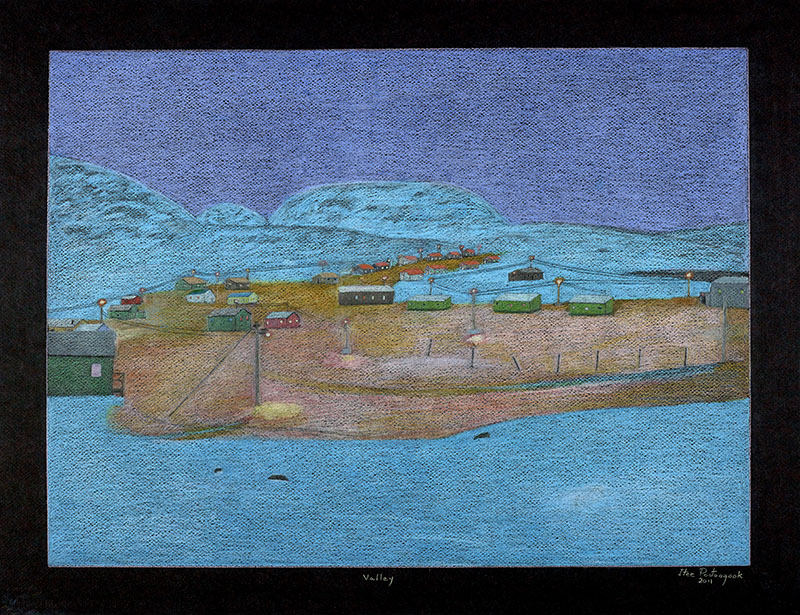 The Audain Art Museum is continuously bringing out new acquisitions and replacing work to refresh the Permanent Collection. Placements of artworks are often strategically re-arranged in the galleries in dramatic ways, to highlight or comment on the works’ subject matter, colour, use of materials or other prominent features. Of note, the Emily Carr touring exhibition — which has been on the road for a couple of years — is now back in Whistler. “We’ll refresh the Emily Carr room substantially,” says Collins.

As the province begins to open up, the museum team is also looking forward to interacting with visitors once more. “I’ll be down on the floor regularly just talking to people, and making the museum really accessible,” Collins says. “We try to be the friendliest museum in Canada.”

Riopelle: The Call of Northern Landscapes and Indigenous Cultures, organized by the Montreal Museum of Fine Arts, will focus on the artist’s engagement with Canada’s northern landscape and emblematic use of Indigenous motifs to construct highly complex oils on canvas. Riopelle was a member of the Montreal-based collective known as les automatistes that embraced surrealist ideals during the 1940s. He would go on to become a leading Tachisme or Action Painter in Paris and New York throughout the 1950s and 1960s. On his frequent trips back to Quebec, the renowned artist immersed himself in the province’s rugged northern terrain while continuing a long-held respect for First Nations masks from British Columbia’s Northwest Coast. The core of this exhibition and accompanying publication will examine Riopelle’s expansive production from 1970 to 1992, a rarely studied period that features major works indicative of the international avant-garde. The exhibition is on display at the Audain Art Museum from Oct. 23, 2021, to Feb. 21, 2022.