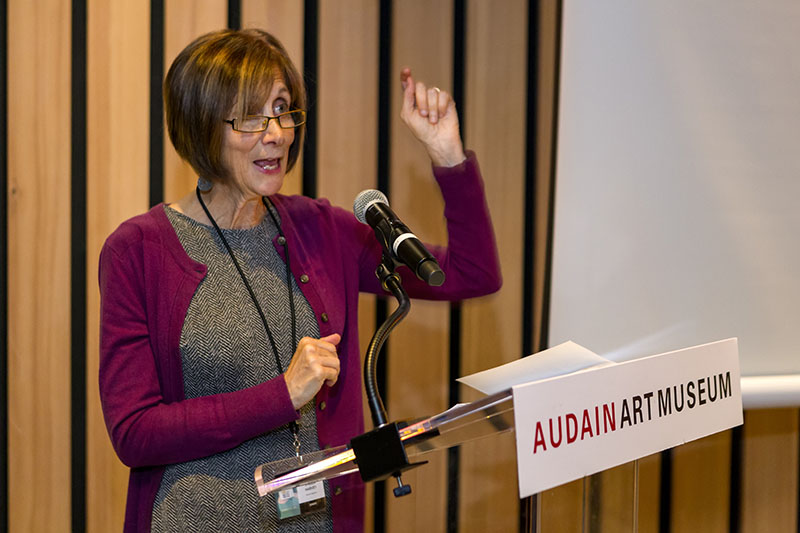 My Whistler — Bringing Words and People Together 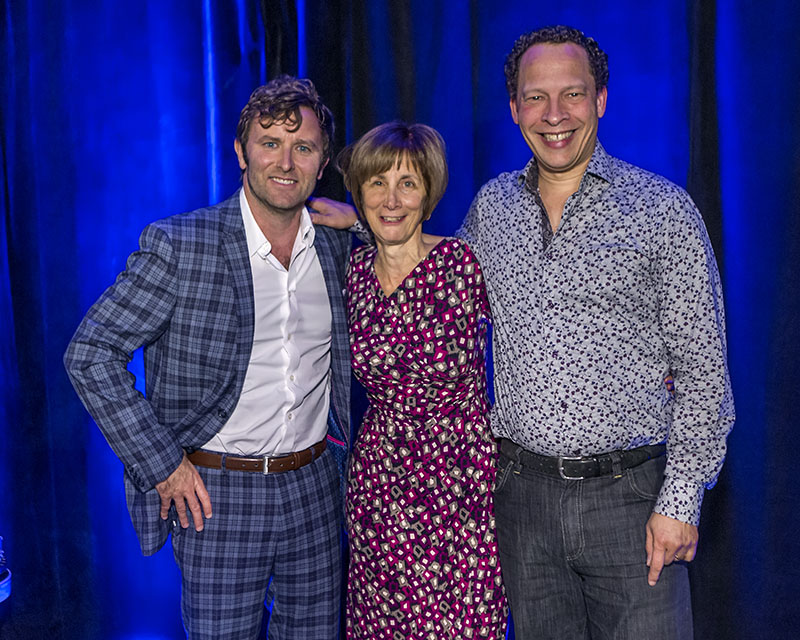 “I run before I know how to walk,” says Stella Harvey in reference to her tendency to grab hold of an idea and sprint with it. And for two decades now, Sea to Sky Corridor readers and writers have been the beneficiaries of her indomitable sense of purpose. Harvey is the founder and artistic director of the Whistler Writers Festival — celebrating its 20th anniversary this year — in addition to adjunct programs including the Whistler Writer in Residence, Spring Reading Series, and her favourite, the Authors in the Schools Program.

It was August 2000 when Harvey moved to Whistler with her husband Dave (whom she affectionately calls Mr. H). They worked as consultants in England and Italy for three years, but with family in Canada, they decided to return home. “As we had a cabin here, we decided Whistler would be a good starting place to figure out where we’d like to settle,” she says. They never left, and a local literary movement was born.

Notably, Harvey’s substantial contributions have been entirely as a volunteer, and in 2015, she won the Champion of Arts and Culture Award given by the Whistler Chamber of Commerce. She is quick to credit all those who have been a part of the growth of the local writers’ group, which has evolved into a charitable organization, The Whistler Writing Society. “I know no one succeeds alone. I wouldn’t be doing what I’m doing if it wasn’t for others,” she says.

Along the way, Harvey’s commitment to her own writing practice has resulted in three novels published by Signature Editions, including Nicolai’s Daughters, The Brink of Freedom, and Finding Callidora.

How did you start the Whistler Writers Group?
I had the idea of joining a writing group first. I had a project in mind and thought I could benefit from being part of a group. So, I approached Joan Richoz at the library to ask if a writing group existed. She said one did not and suggested I start one. I put an ad in the paper, and some 20 people came to the first meeting at my house in 2001.

What has been the influence of the Whistler Writers Group over the past 20 years?
My goodness, many have gone on to publish their work, both in magazines and in book form. And they give back to emerging writers by putting on workshops, facilitating critique groups, providing tips and advice on how to get published, and basically giving a hand up to each other and the newbies in our midst. And for readers, we have put on almost 20 years’ worth of reading events and hosted hundreds of writers here that folks would have otherwise had to go to the big city to see. We are now seen by the literary community, locally and nationally, as a literary hub. 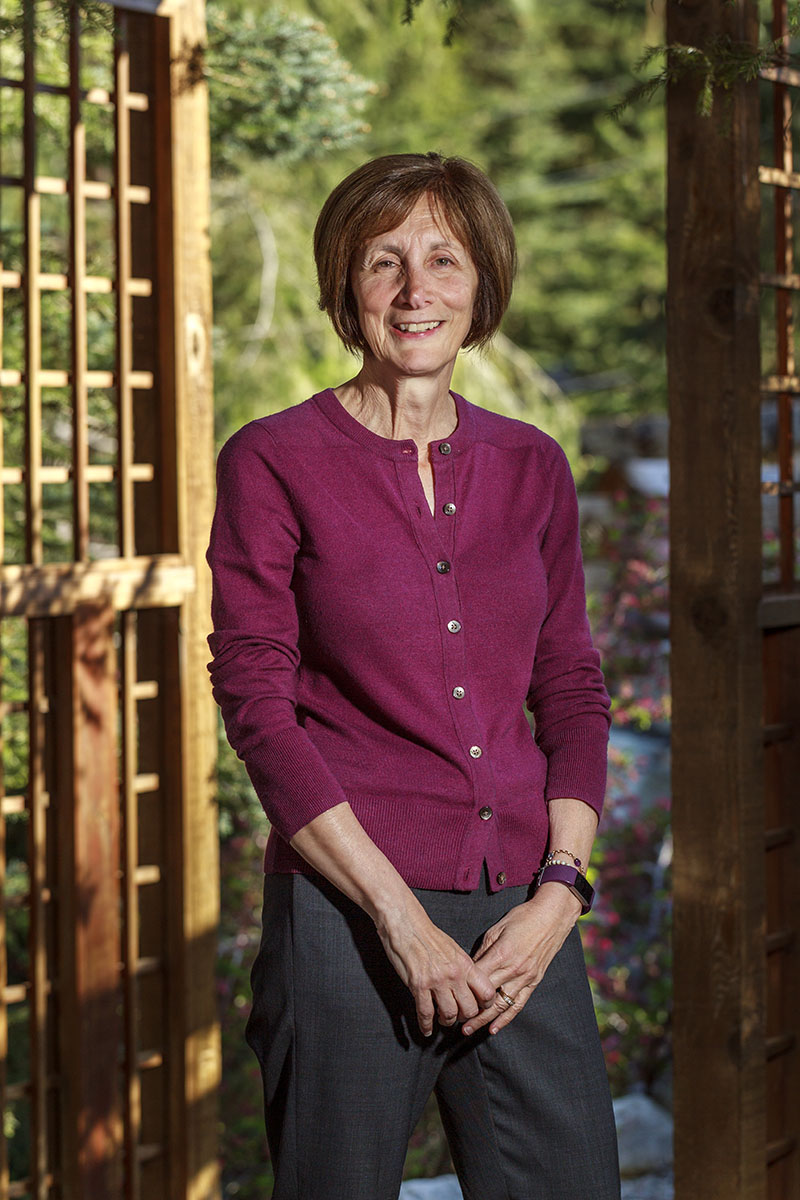 Has living in Whistler affected your journey as an author?

It certainly has given me the focus and time to pursue my writing. Writing was something I did as a kid. And in high school, I was the editor of the school newspaper. My guidance counsellor and other teachers thought I should pursue journalism, but I became a social worker instead. I like people. I like helping too. So, it fit for me. Writing then fell by the wayside until I moved to Whistler, and finally had some time to pursue it for myself and hopefully build a community of writers and readers who could learn together. 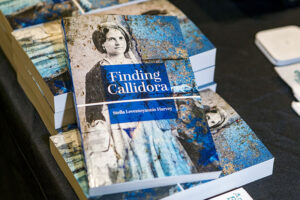 As a writer, what are your obsessions?

God, what a question. I think overall, I’m interested in why people do what they do. I don’t typically take anything at face value. I need to understand what made someone do this or that, who they are, what motivates them, and what led them to be who they are now. And I’m particularly interested in lives interrupted in some way and the impact of that. Belonging and acceptance are also big obsessions for me. That’s a lot of obsessions. I think I’m just a naturally obsessive-compulsive sort.

What are you working on now for the upcoming festival?

Our 20th anniversary is coming up. Who knew? I’ve never lived in one place this long or had a job this long. I’d like to have a celebration of what we’ve accomplished here, showcase our local talent up and down the highway, along with national and international authors. I am hoping that we will be able to congregate in the fall, and if we can, I would like to have a hybrid model that encompasses both an in-person festival and a virtual one. This will allow us to build on the international audience we garnered during the 2020 virtual festival, and it will continue to strengthen one of the pillars of our festival, namely inclusivity.

What are you writing now?

Funny you ask. I’m a generally positive person. Some would say naïve. Whatever you call it, positive or naïve, I’m branching out this time with my new project. I’m writing speculative fiction. And it’s pretty dark. It’s set in 2056 and uses the gods of mythology who narrate and fiddle with what is going on with the protagonists (there are three main ones because there are always lots of voices in my head). The new project explores the walls that are built to separate countries. Would those walls exist if we didn’t have them inside each of us, separating ourselves from each other?

What’s your favourite hangout in Whistler?

Oh, hard one. I love Pasta Lupino, Blenz, Cranked, Purebread, the Fairmont Chateau Whistler, Hunter Gather, The Point Artist-Run Centre, Camp, Armchair Books. And there are probably so many others. I like it when I come into a place and know the folks behind the counter, and they know me. It makes me feel like I’m part of a community. 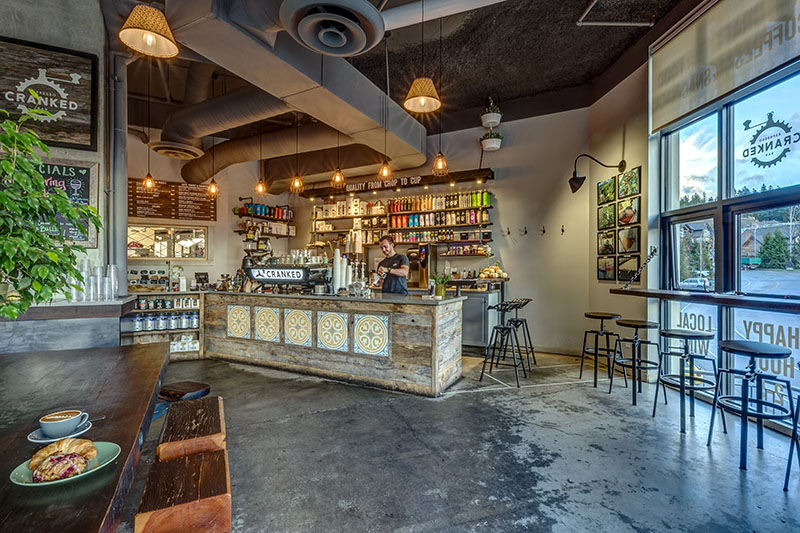