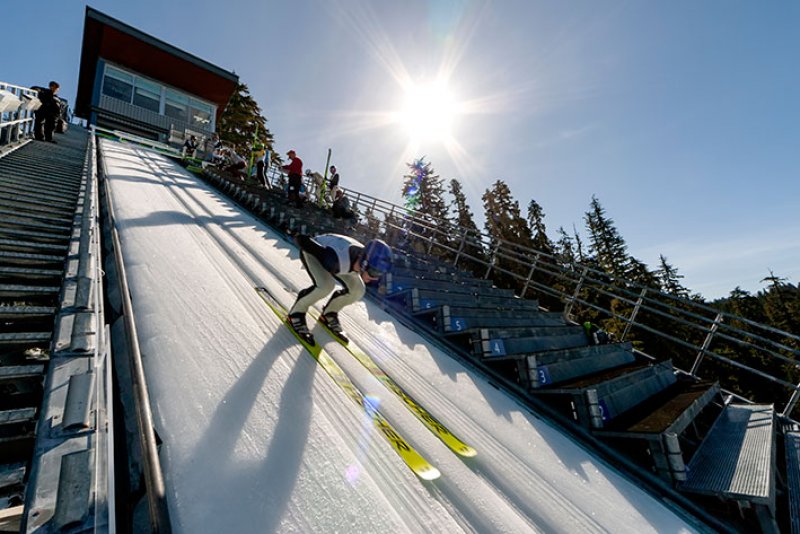 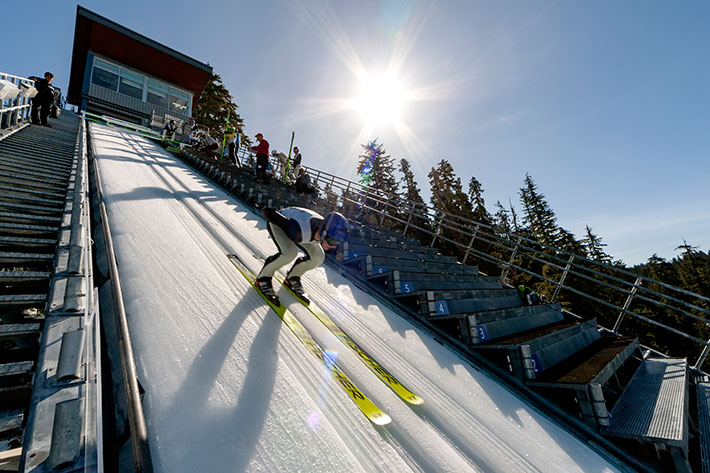 Eleven-year-old Sofia Aragon gets giddy every time she has a chance to get airborne on her skis during sessions at the Wednesday night Hoppers’ program at Whistler Olympic Park (WOP).  The young Squamish resident found plenty to stoke her enthusiasm during her first season as a ski jumper-in-training in the winter of 2018 -’19. Even though she was one of the youngest athletes among the dozen or so who took part in the Wednesday evening sessions — and the only girl — it didn’t take her long for her to feel at home among her peers.

“The first day, those boys who were, like, 13, I thought they wouldn’t want to be friends with a 10-year-old girl,” Aragon said as she looked forward to her second season in the program this winter. “But by the end, they were really nice.”

As for going airborne on the park’s 10- 20- and 40-metre jumps, Aragon said, “Alpine skiing is fun, and I can do some little jumps there, but with ski jumping, it’s just so much fun to be in the air. And they give us hot chocolate!”

This season, WOP officials handed over the operation of the Hoppers and Nordic Hoppers programs to the Squamish-based Sea to Sky Nordics. But the program, which has been in its current form since WOP built the 20- and 40-metre training jumps in 2015, remains under the guidance of John Heilig, a former Canadian World Cup ski jumper and a ski jumping official with the Federation Internationale de Ski (FIS). The Hoppers program, which is open to children from 8 to 16 years old, focusses on developing ski jumping skills in a progressive fashion, using small snow bumps and a 10-metre hill made of snow to develop the young athletes’ skill and confidence. Nordic Hoppers is open to children from 10 to 16 years old, combines training in cross-country skiing and ski jumping, and helps athletes develop the skills needed to compete in the Olympic sport of Nordic combined. For athletes 9 to 14 years old, the club has added Young Vikings, “which combines cross-country skiing, ski play and snow bump jumping with biathlon activities,” according to seatoskynordics.ca.

Melissa Aragon, Sofia’s mother, said Sofia enjoyed the Hoppers program so much last season that she and husband Hector are considering putting their other daughter, 7-year-old Emilia, in it for this season. Her fears about safety were quickly allayed when she saw how much Heilig and his fellow coaches focussed on skill development. 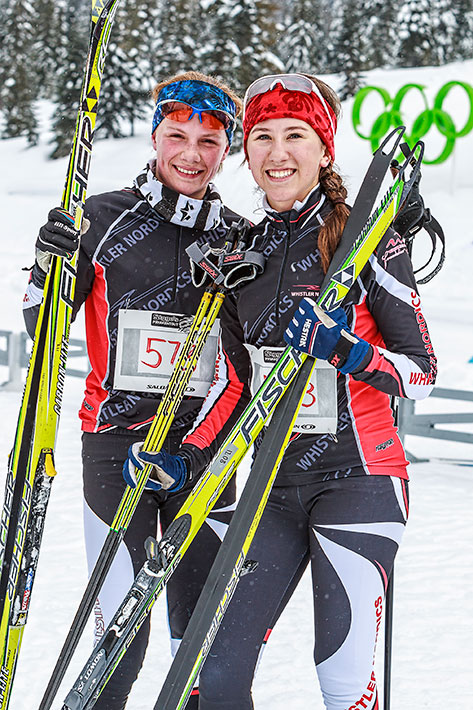 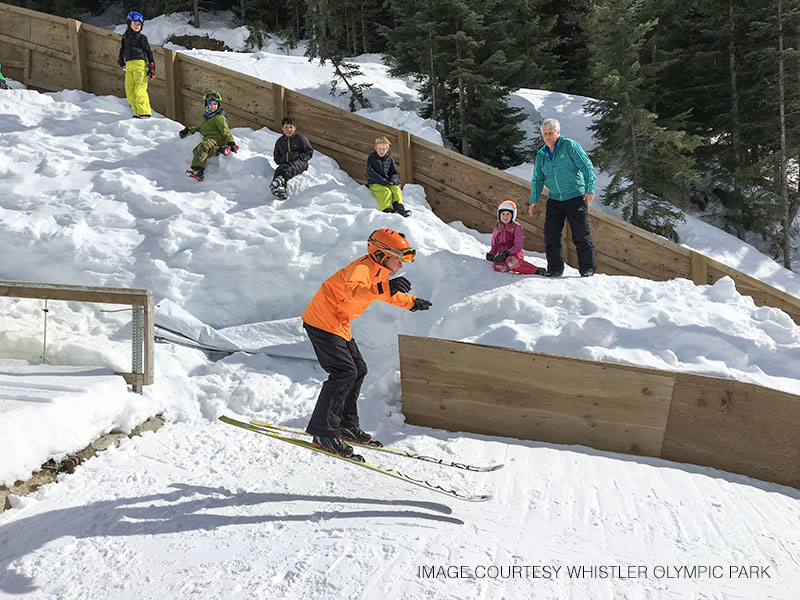 “It’s pretty mind-blowing to look at those big (Olympic-sized) jumps, and just imagining [the kids] going off them is hard to fathom,” Melissa said. “But they take a lot of time taking them through the skills to get them to the point where they’re ready for the next step.”

“Kids can move through the progression fairly easily, but it’s very individual,” Heilig said. “That’s why we do the ski play with rollers, tabletops, banks, and lots of activities, and then we go to the 10-metre jump — a snow bump is the best way to describe it. We watch them and make sure their technique is appropriate for them to go to the next level.”

Canada has some promising jumpers, including Mackenzie Boyd-Clowes and Taylor Henrich. In 2015, Henrich became the first Canadian woman to reach a World Cup podium with a third-place finish at Oberstdorf, Germany. Henrich, a Calgary native who is training as a stuntwoman in Vancouver and recently made the transition to Nordic combined, has come out to help with the Hoppers programs. Heilig first met Henrich when she attended one of the programs he was running in Calgary.

“We are working on an initiative to get women and girls participating in Nordic combined in particular,” said Heilig, a member of the FIS committee working on getting women’s Nordic combined included in the Olympic program, perhaps by 2026. “That’s a real push for us, and this is an opportunity for Canadian girls to rise relatively quickly in what is a fairly open field.” As for Sofia Aragon, she is decidedly confident about her Olympics goal: “If I were to go to the Winter Olympics, I’d go for ski jumping.”

Heilig sees Whistler as the perfect place to recruit and train Canada’s next generation of jumpers and Nordic combined athletes. “It’s a great place for us to do this, with a huge base of Alpine skiers [and] a good base of Nordic skiers,” he said, adding with a laugh, “If we can’t make something work there, we’re not doing the right things.”